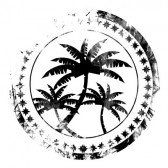 . . .
Join the discussions, no logins or passwords needed, ever.

Welcome to the forum. Visitors are urged to post any information pertinent to plants, weather, or topics related to either. Off-topic posts, Spam posting, "inflammatory posts" and advertisements are subject to removal at the discretion of the moderators. NEW FEATURE FOR LOADING PHOTOS IN YOUR MESSAGES: The HARDY PALMS IN TEMPERANT ZONES has a great new feature when adding photos into your message body. As of May 2010 , You can now add photos in your message body straight from your computer files and we recommend Imgbb found in the message body form. * Your certainly welcome to transfer photos from your Photo Albums located in on-line Photo Albums like Imgur, Photobucket or others. LIFE IS A JOURNEY , TRAVEL LIGHT You are welcome to contact the forum at: HardyPalmsTemperateZones@gmail.com . . .